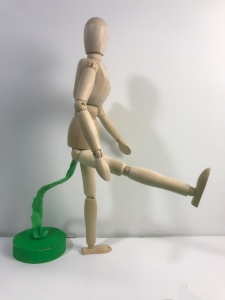 The new year started off with “Animation Antics”. A first for some members as we attemped to make an animated short.  Many were surprised at how long it took to make a couple of seconds of film using single frame photography. The result can be viewed on our Cinema page.

At the February 11th meeting all members of the club were involved in the making of “The Chess Game” a silent film with the following scenario;

The scene opens on a room; in the center we see a table with a chessboard and pieces on it. Smith is sitting at the table playing chess with Jones.

Jones is not at the table; we see that he is sat in an armchair to the left of the room. He has his back to the game and is reading a book. There is another person in the shadows at the back of the room.After long deliberation, Smith (at the table) makes his move and heaves a sigh of relief. Without looking up from his book, Jones snaps his fingers and the Butler emerges from the shadows. Jones whisper 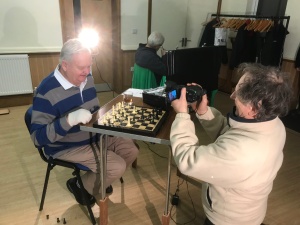 s some instructions to him and the Butler moves to the chess table and carries them out. The Butler then moves back into the shadows.Smith makes another move after long deliberation and heaves another sigh of relief; this game is hard work for him.Another snap of the fingers from Jones (without looking up from his book) and the Butler again carries out his whispered instructions for moving a piece on the board.Each take their moves in turn, Jones using the Butler and Smith taking his time over each move. This continues until, finally, Smith makes a move, folds his arms and sits back with a smug smile on his face. He has won the game.Jones throws his book down, snaps his fingers impatiently and the Butler runs over to him. A whispered animated conversation between the two follows in which it is obvious that the Butler does not want to do what he has been asked by Jones. The butler finally concedes and, going over to the chessboard, with one swipe of his hand dashes the pieces to the floor. 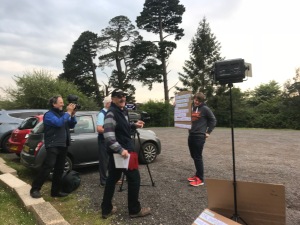 “REEL” Film night cancelled, but an intro to the evening can be viewed by clicking on the above picture